nah, not in Carbon3IT Towers!

We're very busy at the moment and have a number of time critical tasks that are er, time critical so I really shouldn't be "blogging" but its a nice day, so...

Its time for a little update, we continue to work with the CATALYST project and you can see the fruits of our labours in the new project website, which you can find here this new sharper, quicker site is a coproduction between the project (in the guise of my good self) and Cobra Systems, a Dutch member of Green IT Amsterdam  more info here
I, in my role as project manager for the project on behalf of Green IT Amsterdam, where I am under contract as their "in house" data centre consultant, scoped the brief, provided content and have been the admin webmaster for the past few weeks, i think it looks and feels great and we'd love your feedback.

We're also using Cobra to design and build a new website for the CATALYST Green Data Centre Roadmap, which you can see below: 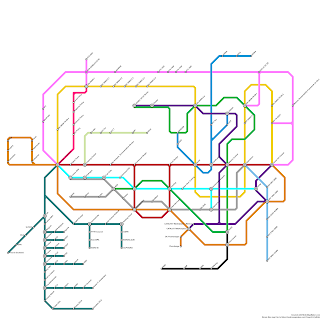 This map has an associated Green Data Centre Handbook, which is the, ahem, time critical task that I'm supposed to be doing instead of writing this article!

The new GDCR website will feature an "interactive" version of the roadmap and access to the
handbook as well as some other interesting stuff which will remain secret for now.
The Cobra team and myself, finalised most of the design earlier this week and we expect to have a provisional release by mid June, and a public version ready by the end of June, it should be noted that we have been working on this since early January, but the coronavirus and travel restrictions plus work on the main website has sucked out a lot of our planning time, still we're nearly there and I'm very excited about the project, not just for the CATALYST project itself but for the wider datacentre industry.

We're, that is Green IT Amsterdam, are finalising another datacentre project, funded by Horizon 2020 which will start in September, so in essence, we have another 3 years of work with Green IT Amsterdam on this new project to look forward to, we'll keep you informed via our usual social media feeds.

On the CEEDA front, we finalised and released the last CEEDA conducted before lockdown and it was quite hairy! I'd travelled to Brindisi on the 8th March, conducted the assessment on the 9th and was due to fly back on the 10th, when lockdown hit Italy, not the northern area but the entire country, I found out via text message from a good friend and client on the 9th in the evening, cue much angst from the family, but it turned out alright in the end, I flew back the following morning (10th) and then spent 14 days in self-isolation, missing, much to my annoyance, the Data Centre World event in London.

So, whats the outlook for Carbon3IT ? Surprisingly good, we have a training session and CEEDA assessment scheduled for October, our partners at DCD have had a lot of enquiries for CEEDA post lockdown, we've been asked to present and host at a number of data centre events scheduled to take place in Q3/4 of course many of which have already been moved from their original dates due to corona, and now rescheduled, all of which are pending lockdown and the suspension of travel restrictions. We'll be working on CATALYST until September, possibly longer and we have our new project, so all good.

So, until next time, wash those hands and keep safe.
Posted by @carbon3it at 08:19

Vote for us on Twibs